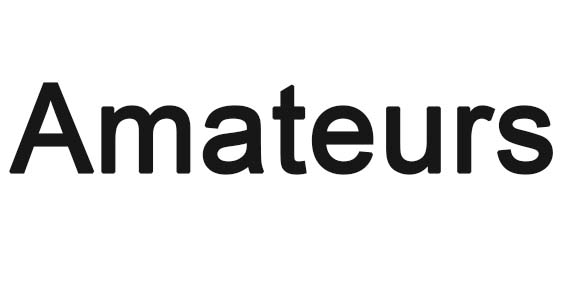 Elizabeth Mitchell, as his leading lady, doesn’t help any with her  ego-withering barbs. Mitchell’s role is hardly one-dimensional as written, but the actress adds considerable depth. She is a rare combination of arresting beauty and finely honed wit.

DALLAS – Like the lighthouse keeper of Eugene Ionesco’s The Chairs, the party host in Amateurs is obsessed with providing places for his guests to sit. Poor Charlie is, in fact, an absurdist character trapped inside an otherwise conventional comedy.  Playwright Tom Griffin, who artfully juxtaposed humor and pathos in The Boys Next Door, has done it with slightly less skill in this comic and crypto-tragic turn currently on view at Theatre Three in Dallas. What makes Amateurs worth the drive down I-30 is the incisive staging of director/ designer Jac Alder and the performances of a uniformly excellent ensemble.  The most visible of these performers is longtime T3 favorite Laurence O’Dwyer as the sweetly addled Charlie. As the play opens, he is pajama-clad and ready for nighty-night when his wife reminds him that they are giving an opening night party for the local community theater group.  “Good lord, actors, ” he moans. “Hide the silver.”  It’s the first in a steady stream of theater and actor references – some a bit forced, most genuinely funny. You don’t have to be a theater insider to recognize the types, the fragile egos and the social politics. And you don’t have to be a sleuth to pick up the first-act harbingers of poignance and anger in Act 2.  The mercifully unseen play-with-the-play is a musical set in a funeral home. Jerry Crow (who played the martinet real estate manager in Stage West’s 1989 Glengarry Glen Ross) is the leading man, an “acrylic Adonis” who postures like heaven’s gift to womankind, but in reality is a mass of insecurities.

Elizabeth Mitchell, as his leading lady, doesn’t help any with her  ego-withering barbs. Mitchell’s role is hardly one-dimensional as written, but the actress adds considerable depth. She is a rare combination of arresting beauty and finely honed wit.

R. Bruce Elliott has played an extensive variety of roles in Fort Worth and Dallas. But rarely, if ever, has he played a heavy. He’s the villain of this piece, though, as Ernie, the oafish amateur actor whose buffoonery turns to cruelty. Jill Christine Peters (of the one-woman tour de force, Brendene: The Lady and Her Laundry ) is Ernie’s wife, who suffers him loyally but not silently.  In Theatre Three’s revival of Waiting for Godot last year, Terry Vandivort played Estragon (coincidentally, to O’Dwyer’s Vladimir). This time his comic opposite is a ventriloquist’s dummy. Vandivort creates a fascinating, multifaceted portrait of an introverted history teacher scrambling (no, stumbling) to break out of his shell. This actor marshals facial expression, vocal nuance and body language to superb effect. Vandivort veers into excess only once, with some meaningless, laugh-begging contortions in a chair.  Two late arrivals are important comedic/ dramatic catalysts. The loathed-by-some drama critic (Robert Andrews) is an invited guest. The leading man’s much younger former girlfriend (Kalen Hoyle) is not. Hoyle, recalled from Stage West’s recent I’m Not Rappaport, is a manic (“Jeepers!”) delight. Through no fault of Andrews, the character of the critic is little more than a set piece.  Sharon Bunn, as Charlie’s wife, does a marvelous job of conveying exasperated humor and loving support. And so it comes down to O’Dwyer’s endearing sketch of Charlie. Playwright Griffin supplies a reason for Charlie’s goofiness. O’Dwyer takes that poignant subtext and shuffles straight into your heart.