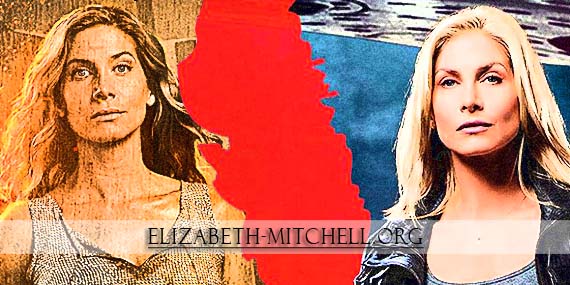 It kinda looks like a bad review but it’s not, only a complain about sci-fi shows cancelled before they should be and furthermore they called Liz “Syfy’s favorite heroine”. 😀

Sudden cancellations and unresolved cliffhangers are bummers for any fans. However, sci-fi fans seem to have to deal with it more than others. There are so many infamous science fiction shows canceled “before their prime” that people have made tons of lists on them. Yes, we already hear the people in the back yelling “Firefly”. It’s only an added salt in the wound when that canceling comes with a really juicy cliffhanger that fans never get to see resolved.

7. V (both times) | In the 2009 series, the show ended with its second season. Anna, the leaders of the visitors, finally discovered a way to mind-control most everyone on the planet. Smugly, she assumes she’s won, and the few heroes left are practically helpless in comparison to a planet of puppets. Yet again, fans never would learn how humanity survived that cliffhanger.

REVOLUTION | After V, Syfy’s favorite heroine, Elizabeth Mitchell, starred in a new sci-fi series, Revolution. This story explored what would happen to the world if technology and electricity all malfunctioned and stopped working, leading to rationing, anarchy, and general apocalypse. Similar to V, though, the series only lasted two seasons. The season two finale left on a cliffhanger about the very energy they had been fighting and losing lives over. In the last minutes, the heroes thought they might have found a new source of power that could help save their people… and then the show was over, and nobody saw if they did find a source or what happened with it.