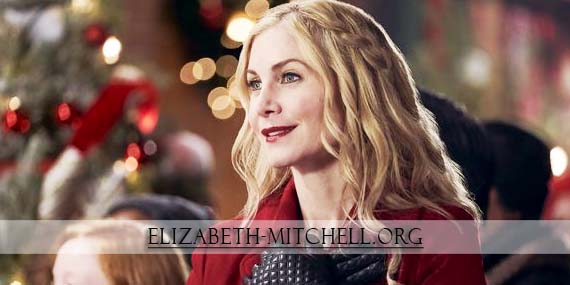 We love Liz’s bio they added on Hallmark site. 😀

Elizabeth Mitchell just wrapped a role in the independent feature Witch Hunt, and previously she completed filming the Michael Lembeck’s romantic comedy Welcome to Pine Grove! in which she plays Ellen Burstyn’s strong-willed daughter alongside co- stars Jane Curtin, Ann-Margret and Loretta Devine. On the drama side, she also recently shot the lead of the independent thriller, The Buried girl for director Ben Hickernel. In the film she plays a police captain deeply affected by the murder of a young girl in her district.

On television, Mitchell was most recently seen as a Methodist pastor whose calm exterior belies that she is a force to be reckoned with on Syfy’s “The Expanse.” She’s perhaps best known for her Emmy-nominated performance on ABC’s phenomenon “Lost” from creator J.J. Abrams. She re-teamed with Abrams in another powerhouse role (Rachel) on his hit NBC drama “Revolution.” On a different note, Mitchell portrayed the Snow Queen in the “Frozen” storyline of “Once Upon a Time” from creators Edward Kitsis and Adam Horowitz. Further solidifying her course on the fast-track were her roles opposite Barry Pepper as Teresa Earnhardt in the ESPN original telefilm “3: The Dale Earnhardt Story,” and her performance in ABC’s “V,” a drama based on the popular ’80s alien invasion miniseries, which was the highest rated debut of a series since “Lost.” Mitchell also starred opposite Donald Sutherland on the Netflix drama “Crossing Lines.”

On the feature side, Mitchell starred opposite Frank Grillo in Universal’s The Purge: Election Year for producer Jason Blum, which earned over $115 million at the worldwide box office. Whether as Mrs. Clause to Tim Allen in the last two installments of Disney’s successful The Santa Clause trilogy, or time-traveling alongside the likes of Dennis Quaid in New Line’s Frequency, Mitchell has lent her ability to an impressive and diverse range of roles, most notably as girlfriend of Angelina Jolie in “Gia,” the Golden Globe-winning HBO telefilm.

By the way the title of The Buried Girl is What We Found since the director said so.