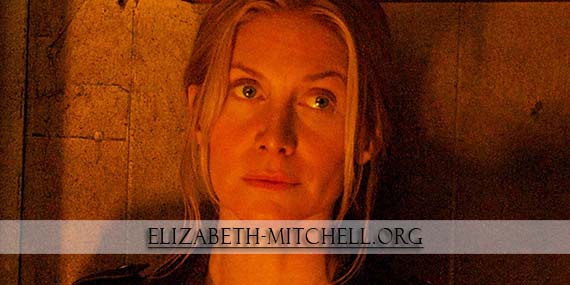 Obviously number 1 is Lost, but we are posting this because of the nice line about Elizabeth in the Revolution‘s – not so good – review.

The bottom of a pretty good barrel, Revolution’s pilot suffers from being a bad indicator of how good the show would eventually become. It’s too sleek, and there are too many sexy people running around in midriff-baring tank tops to pay attention to a concept that is actually intriguing.

Revolution takes place 15 years after a worldwide blackout causes everything that relies on electricity to stop working without explanation In the chaos that descended, militant regimes have taken over the remnants of civilization, and suddenly everyone’s an expert at fighting with machetes.

Sadly, the pilot skips the intrigue (and keeps its best star, Lost alum Elizabeth Mitchell, out of the picture) to go straight to the generic dystopian post-apocalyptic tropes.

Revolultion had so much potential and for sure the lack of Elizabeth’s scenes in the first 9 episodes is a complete failure.