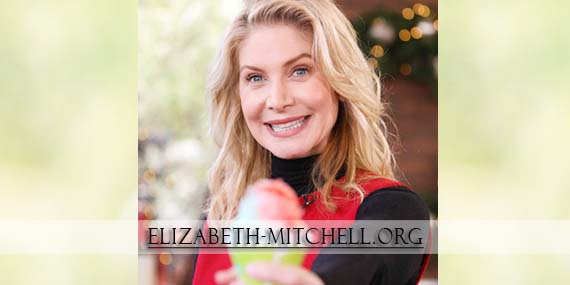 And here’s a new interview with Elizabeth about The Christmas Club! This woman is such a gift! Love love love reading her thoughts!

Elizabeth Mitchell joins the Hallmark family with The Christmas Club, part of the network’s “Countdown to Christmas.”

Mitchell stars as dance teacher Olivia alongside Cameron Mathison’s business consultant Edward. The two have their meet-cute when they help an elderly lady, Gertrude (Gabrielle Rose), when her Christmas Club savings blow away. And then they keep crossing paths.

“I enjoyed the way they interact, the way they talk to each other. And I loved their kindness to each other,” Mitchell told TV Insider about Olivia and Edward’s relationship. “[There’s] a nice little twist there. “

Welcome to Hallmark! What drew you to this project and why was now the right time and this the right movie for you to venture into the Hallmark universe?

Elizabeth Mitchell: I was in Los Angeles, and I was just meeting with people. My manager was like, “Why don’t you run over and meet the Hallmark ladies because they’re pretty amazing?” I walked in, and they were just the most wonderful group of women. They were funny and smart and insightful and so kind and they asked me, “What would be fun for you?” I said, “Oh my gosh, doing some kind of comedy would be so fun for me.”

Then about a month later, they sent me this script, and I just thought it was really, really lovely. I sent it to my mom, who is usually my person, and she was like, “Oh, Lizzie, you just have to do it. It would be such a Christmas present to me if you do it.” And that was that.

When we meet Olivia, she’s a dance teacher, but as she and Edward get to know each other, she begins thinking about taking a big step forward in her career. What was holding her back?

Because she unexpectedly lost her husband, she unexpectedly was the sole provider for her daughter, she had a lot of fear of stepping into the unknown. She wanted to make sure that she could provide. Every single step and everything that she did was to make sure her daughter was loved and taken care of financially. Making a step for herself, doing something that was really, really wonderful for her felt really risky. Edward gave her that confidence, that she could take that step, she could take those risks and believe in herself that way.

Would she have made the leap to opening a dance studio just at another point in her life without his encouragement?

Maybe when her daughter went to college? She was a woman who was on this road, but she was stuck and sometimes in life we need a catalyst. We need something that drives us from our cozy, comfy place and puts us into a new situation, and he was that catalyst. And the dance studio about to close. All those things came together to help her make that leap.

Finding love isn’t a priority for Olivia in the beginning, but then it seems like the universe is trying to bring her and Edward together, from their meet-cute to every interaction after that.

I really, really liked that. Our writer was so sweet in the way she did all of that. It felt like a 1940s comedy to me. They kept getting thrown back together and then they really obviously liked each other, but neither of them was willing to take that next step and then they just did.

And of course Gertrude was having fun getting the two together. She’s such a fun character, especially watching her peeking out from behind the Santa as she spies on them.

I know! Is she not the cutest thing you’ve ever seen?

She was trying to play matchmaker from the very beginning.

From the very beginning! She’s so good because she can [play] this woman in distress, but there’s still a little twinkle in there. I loved her. She’s wonderful.

We talked about how Edward helps with Olivia’s career, but she also helps him let go of his more cynical side.

Yeah, he is the more cynical character. The joy of that is Cameron is such a deeply kind and good man that all of that came through [with the] cynicism. I really love that. Olivia sees that in him. She has no problem believing in a little bit of Christmas magic. It’s just the romance part she’s shelved and thought, “Well, maybe that will be something, maybe never. I had that, maybe I’m done.” And she’s so very not done, which is exciting.

Anything about this character or movie you were especially excited about as you were filming?

I loved every day with Cameron. The other thing that was really extraordinary for me was that no director had ever let me really riff the way we did. We would just go back and forth. We almost would never finish scenes.

Sometimes the director would just say, “I just want to see how long you guys would go,” because we never ran out of things to bounce off of each other and there was an absolute joy in that with Cameron. He’s very quick. No matter what you throw at him, he’s going to throw something back. As an actor, there’s nothing more fun than that, so that was probably the thing that I loved the most.

Then, Olivia is a sweet, magical lady who just wants to put good out there into the world. All of those things appealed to me. It appealed to me through a moral perspective and it also appealed to me just from the sense of it was genuinely fun every day and Cameron was just a delight in a co-star.