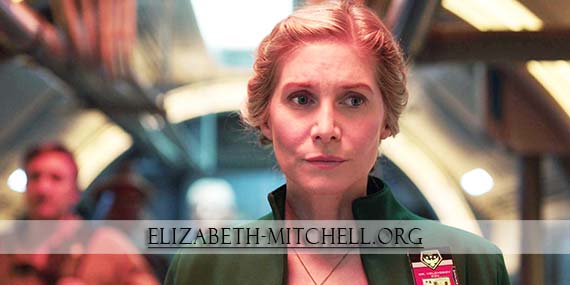 This is a small interview with Elizabeth about The Expanse where she says she has no idea if they will bring back Anna in the future seasons. We think we saw something about the cast already filming season 5, but Anna should be in the 6th book, so we’ll see! 🙂

‘The Expanse’ is back this week, just don’t hold your breath for Pastor Anna’s return

In its first season since being canceled by Syfy and picked up at streamer Amazon – Amazon chief Jeff Bezos is reportedly a fan – “The Expanse” (streaming Friday) is largely the same as it ever was.

Maybe there’s a little more profanity in the fourth season premiere but otherwise it’s business as usual as the show dives into a new story arc that finds Jim Holden (Steven Strait) and the Rocinante crew heading through the Ring Gate to explore the unknown at the behest of United Nations honcho Chrisjen Avasarala (Shohreh Aghdashloo, “24”).

Rev. Anna (Elizabeth Mitchell, “Lost”), introduced in season three, is nowhere to be found and the character’s disappearance goes without explanation in the season premiere.

“The Expanse” is based on a book series and the Anna character appears in books three and six, which Mitchell said is why she’s not a part of season four.

“I think she comes back [in a later book] but I have absolutely no idea if that will happen in the series,” says Mitchell, who adds she is game to revisit the character, a lesbian Methodist minister separated from her family while on a space mission. “I love those guys. It’s a nice group of people and I love the cast and I though the character was spectacular. One of the reasons I love science-fiction is it isn’t afraid to be brave.”