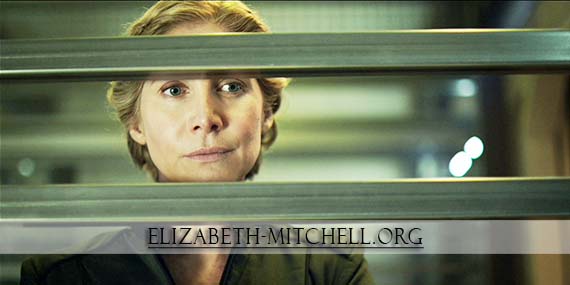 We found this interview with The Expanse‘s screenwriters where they say nice things about Liz. 😀

FILM STARTS: And what about favorite scenes or favorite seasons in the series?

Daniel Abraham: We talked about a scene recently and I really appreciate that: When Pastor Anna visits Clarissa in prison in the third season. How she tries to forgive her but can not. “Maybe she has a brain tumor. Do you have a brain tumor? “I think the dialogues in this scene are great, but if Elizabeth Mitchell did not play this scene so perfectly, it would be such a bad scene. (If you want to look at the scene again: Season 3, episode 12, from minute 28:29) *

Ty Franck: It’s a perfect mix. I remember writing that dialogue because I was sitting with Dan Nowak, one of the other chief authors of The Expanse, and we watched the footage of this scene. And he said to me, “Now I know what you were after. I found this statement by Anna awful in the script. I was sure that it would be awful and cheesy. But she made it possible. “Elizabeth played this scene exactly as I imagined. Of course, I did not tell her that because you do not tell actors how to play. But she fully understood my intention and then presented it perfectly. That’s the great mix you can get when an author wants a certain thing and an actor and a director understand it.