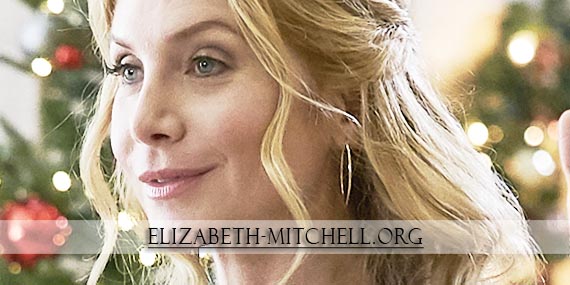 We found a new interview with The Christmas Club’s screenwriter where she talks about the movie and mentions Liz. 🙂

Well, you know that might eventually change. There were a couple of serious movies this Christmas on Hallmark that dealt with death and disease–Two Turtle Doves and A Godwink Christmas: Meant For Love. I got really emotional over both movies.

Thanks for the recommendations. That’s good to know. I think there’s a lot of emotion in The Christmas Club. There were a couple of moments with Elizabeth Mitchell that are more emotional than I ever thought they would be in this movie.

Oh, I know it is. I have the utmost respect for screenwriters who write these Hallmark movies. In fact, I know that some actors struggle to make a Hallmark movie. Many actors don’t realize just how hard it is to make one of these.

Oh, yeah, especially the time constraint. And then I think one of the hardest things has to be filming out of order, depending on where the location is. For example, I know with The Christmas Club, they had to shoot a lot of the emotional stuff right at the beginning. So even though they haven’t gotten to build their story from the beginning and have time with the other actors, these actors had to get the emotion going because that’s what they were filming that day. I think it’s pretty cool that they can do that. I’m a terrible actor. {laughs} I could never say otherwise. I tried to do it before, and let’s just say I was not meant to be an actor.