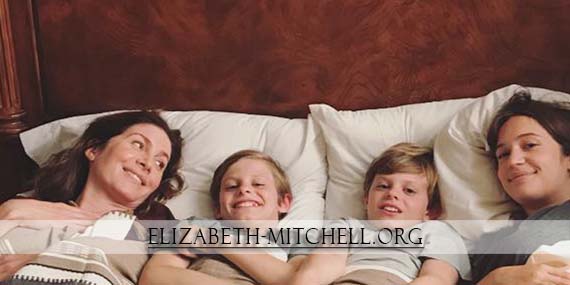 We are so excited about “Witch Hunt”, even more after the way Liz described the women in it:

And she also wrote about it in her post yesterday.

We found a brief official plot:

In a modern America where witches are real and witchcraft is illegal, a sheltered teenager must face her own demons and prejudices as she helps two young witches avoid law enforcement and cross the southern border to asylum in Mexico.

The movie is a modern-day witch hunt, but in USA witchcraft is illegal. They kill witches.

As much as we can understand the teenager is Claire (Gideon Adlon), who helps to escape two sisters Fiona (Abigail Cowen) and Shae (Echo Campbell) after their mother, Easther (Sadie Stratton), has been captured and sentenced to death.
Their haven is Martha’s house, Liz’s character. She was married, not sure what happened to her husband (probably dead). We read about a scene where she looks at a picture of her wedding and her eyes begins to tear up.  Then something happens involving three “veiled fates”. [SPOILER ALERT AGAIN – just to be sure] Martha sees a blood stain on the photo, she checks her nose, but it’s not her blood. She looks above her and sees three “veiled fates” pointing down at the photo. The blood is from their fingers. She screams and falls backforwards, when she looks up again, the fates are vanished.
As much as we understand by the partial page of the script we saw, the contents of her drawer have spilled everywhere and there are a lot of postcards? (not sure about this, we can only read “ciudad DE”) addressed to Claire with the same message: “Hope to see you soon “nieta”” (which means niece).
Corey and George (Cameron & Nicholas Crovetti) could be Martha’s kids, since the script has some references to the twins’ bedroom.

We zoomed in an old photo from the set and noticed a weird figure in Martha’s photo. Maybe he is one of the twins with Halloween costume? A little disquieting! HAHA cannot wait!