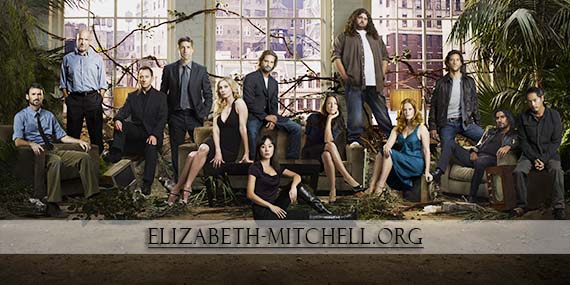 We’ve just found out that Lost will be available for free on IMDb TV. All the seasons of the show will start streaming on May 1. Unfortunately IMDb TV is available only in USA.

Oh that is why Lost is not longer on Amazon Prime of our Country. 🙁

The roster of shows whose free streaming rights are going to IMDb includes Desperate Housewives, My So-Called Life, White Collar and The Glades, among many others. In the coming months, Lost, Malcolm in the Middle and Ally McBeal will start streaming on IMDb, with Lost and Malcolm having the Amazon platform as their exclusive free streaming home.

In conjunction with the 10th anniversary of the Lost finale on ABC, all 121 episodes of Lost will start streaming on May 1. All 112 episodes of Ally McBeal will be available on April 1 and all 151 episodes of Malcolm in the Middle will hit the platform on June 1.

IMDb TV, which is available across a range of connected devices and platforms, is one of the leading ad-supported video on demand [AVOD] services in the U.S. It says its commercial load is about half that of linear television. AVOD is a surging part of the overall streaming landscape, with NBCUniversal planning an AVOD tier of Peacock, which launches in April, and ViacomCBS continuing to expand Pluto TV, which it acquired last year. Other players include Tubi TV and Crackle.

The acquisition news comes the day after Disney released extensive details about its subscription streaming efforts, which have ramped up quickly. Disney+ has reached 28.6 million subscribers less than three months after its launch in the U.S. While Disney+ is a commercial-free, subscription service and Disney has warned investors the company’s balance sheet will take a hit from foregone licensing revenue, the company still has other rights it can license beyond its own platforms, as it did before Disney+ (and as do its media peers).

IMDb TV, known as Freedive when it launched in January 2019, currently features a range of TV and film library titles and has no direct link to Amazon Prime Video originals. Its offerings include TV shows such as Chicago Fire, The Middle and Friday Night Lights, and movies like Shrek Forever After, The Fury and Stranger Than Fiction.

IMDb TV, the Amazon-owned free streaming service, has signed a deal with Disney to license full seasons of 21 older TV shows — including “Lost,” “Desperate Housewives,” “My So-Called Life,” “Ally McBeal” and “Malcolm in the Middle.”

Under the pact with the Disney Direct-to-Consumer and International group, IMDb TV currently offers every episode of “Desperate Housewives,” “My So-Called Life,” “White Collar” and “The Glades,” all free to watch with ads. As of March 1, “Revenge,” “Private Practice” and “Lie to Me” will be available free to stream. All 112 episodes of “Ally McBeal” will be available on IMDb TV as of April 1.