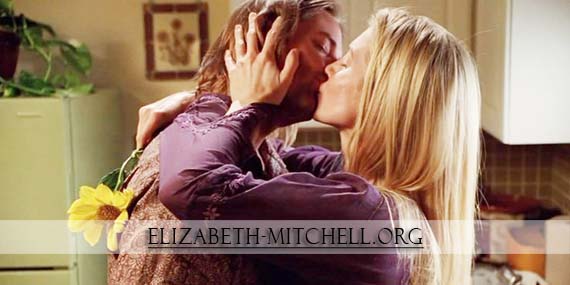 We’ve just read this article with the title “5 Characters Sawyer Could Have Been With and 5 Reasons Juliet Was The Right Choice”.We don’t really care about the first part, but we love the reasons about why Juliet was the right choice.

Before his relationship with Juliet, Sawyer had never truly committed to a romantic relationship. His relationships with Cassidy and Kate didn’t work out for a variety of reasons, an important one being his failure to commit.

With Juliet, he was able to settle down and they were able to build a life together while working for the Dharma Initiative. She helped him foster a kind of devotion that he’d never shown to anyone before.

Juliet was sensitive to Sawyer’s needs and she also helped him get in touch with his more sensitive side. Juliet was always there for Sawyer and knew what he needed to be happy, fulfilled, and to deal with difficult situations.

She helped Sawyer become more sensitive and he did things on his own like picking a flower for her that he thought she would like. Such a small, sweet gesture is something Sawyer had never done for partners in his past relationships.

Sawyer and Juliet balanced each other out well. He had a more fiery personality while she was more calm and composed. Both were passionate and highly intelligent, resourceful, and charming individuals, but these traits manifested in different ways.

They found common ground and admired each other’s differences and strengths. They learned how to be a balanced team which later allowed them to work well as a romantic and committed couple.

Sawyer respected and understood Juliet in a way that he’d never respected or understood a partner before. One of the best examples of this came when young Ben Linus was shot and dying. Sawyer had plenty of reason to hate Ben and didn’t want to risk his neck to save him. Juliet, on the other hand, couldn’t stand to see a child suffer and die, regardless of who he’d grow up to be.

Juliet: They Needed Each Other To Move On

Their remembering and coming back together was a key part of being able to reunite with their friends and move on with the rest of the group in the church.