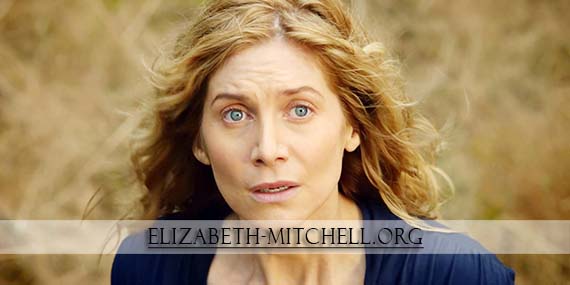 Liz joined the cast after they already filmed the pilot (she filmed her scenes 1×01 on July 2012). We remembered reading about this new JJ Abrams show back in March and thought it sounded cool (JJ Abrams fans here since Alias, even though Revolution can be considered more a Kripke’s show as he was the showrunner).
The news about Liz joining the cast popped on June 30.

Adry’s birthday is the day after, so it is easy to remember, also because there’s a story behind it. We both missed Liz on screen so much and for Christmas one of us wrote a card for the other expressing the mutual desire to have Elizabeth on a new show as a wish for the new year.
Well it actually happened. HAHA!

Rachel Matheson was such an amazing character. So complex, multi-layered, with so many flaws, but with the desire to be good.

Humans are so different, but at the same time the same. Wishes, hopes, ambitions, compassion, altruism, love, hate, desire of revenge, fear, protecting the ones we love, sacrifices … it’s all the same, it’s how we act because of our emotions that make us different.

We are fascinated by the human minds, thoughts, actions, feelings. We do believe that characters like Rachel Matheson are so rich and a huge source of inspiration, not just the positive parts, also the negative ones. Thinking about the mistakes we make, should always lead us to avoid making them again. We are amazed by how we/people/characters can keep taking the wrong decisions over and over again, giving to ourselves/themselves (and to others) excuses. And if at some point something clicks, everything changes. Otherwise we are doomed.

Elizabeth is just our constant source of meaningful women to dive into, characters that help us understand ourselves and the world around us. Those kinds of women you wish to learn from, the good and the bad, but in any case never a victim. They might lose, they might die, but they always keep fighting and learning.

There’s this line she told Monroe in season 2 that we keep hearing in our mind: “I have to help you find your son after you killed mine.”
Yeah Rachel Matheson is such a terrific & terrifying bada$$ character and we love her.

Note: in this scene Liz looks like a princess from 1000.