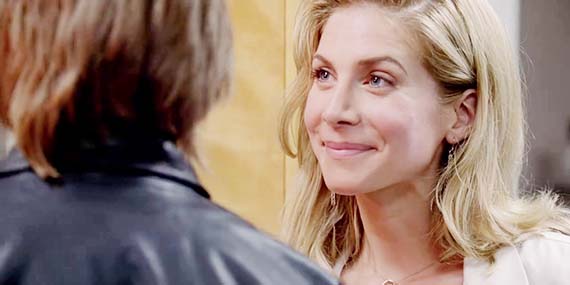 Elizabeth’s been busy! She battled lizard aliens as FBI Counter Terrorism agent Erica Evans in sci-fi reboot V, teamed back with J.J. Abrams for 43 episodes of Revolution as mildly psychotic Rachel Matheson (reuniting with Lost actors Jeff Fahey aka Frank and Mark Pellegrino aka Jacob, who both guest starred in his Emmy winning sci-fi), cast a spell in a majestic guest role as the enchanting Ingrid The Snow Queen on Once Upon a Time, then left fantasy sci-fi for the lead role as Carrie Strand in the final season of the international crime drama Crossing Lines in 2015 (working with acting legend Donald Sutherland was said to be one of her main reasons).

Mitchell returned to sci-fi as stealthy Deb Carpenter in horror fantasy Dead of Summer before heading to the stars in season three of futuristic sci-fi as Reverend Doctor Anna Volovodov in The Expanse. The Santa Clause 3 star also reignited her Christmas spirit for 2019’s heartwarming TV movie The Christmas Club and Elizabeth is to be seen next as Captain Hilman in Ben Hickernell’s thriller What We Found.