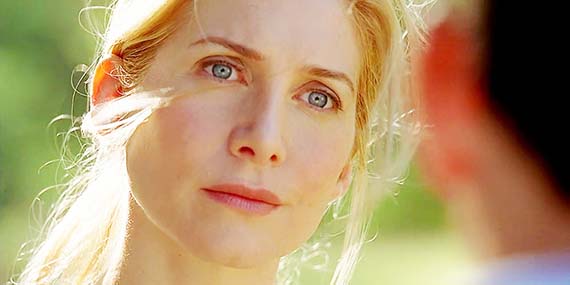 This amazing article is from last year, but it popped up while I was looking for news. It’s really beautiful, you should all read it!

I’m so with “The impact of Juliet’s death is a testament to Mitchell’s wildly underrated performance in her three seasons as a main cast member.” and the part about Liz and Josh’s performances (as I was saying a few days ago it’s so impressive how much they both worked to make the relationship works on screen).

Juliet’s death had a huge impact in the media (I remember how much support we got from the outlets) and on people. Probably that impact was not expected (surely not from who wrote her off, otherwise this mess would have never happened! HAHA! 😏)

About her performance being underrated… nobody can truly express in words how magic, deep, breathtaking and outstanding her talent is, so… yes, underrated is correct.🙌

I don’t think we’ll ever get over Juliet’s death, but as I wrote a few days ago on instagram, I think what came out from that impact is  equally huge and I’m very grateful for that, grateful for all the roles that Liz has been playing since then and grateful for what those roles brought to us all and Liz herself. ❤️

(still in for the t-shirt “we’ll never forgive the writers” tho. 😂)

I’m Still Not Over the Day Lost Killed Juliet
We waited years for Lost to give us “The Incident” – only for it to kill off one of its best characters.
Monday 5/13/2019 at 9:00PM EDT

On the tenth anniversary of Lost’s Season 5 finale, Chris Feil looks back at the lasting legacy of Elizabeth Mitchell’s Juliet and the night she left us.

I see the terror on the faces of Game of Thrones fans as the show kills its darlings on the road to the finale, and I deem them weak. For I was hardened by the indiscriminate savagery that was Lost. Over the course of six seasons, Lost’s enigmatic island demanded plenty of lives be sacrificed to its preservation. But I’m not here to talk about human angel Charlie scribbling “Not Penny’s Boat” on his hand, nor new parents Sun and Jin drowning together. Today marks the anniversary of the one Lost death that lingers most traumatically. I’m talking about the long-storied “Incident” resulting in the demise of Juliet Burke.

As played by Elizabeth Mitchell, Juliet was introduced to viewers in the opening moments of season three, in the show’s typically unceremonious/cryptic fashion. Seldom are characters introduced so specifically as she, trying to subdue her tears with the sounds of Petula Clark. The first rug-pulling revelation (she’s one of The Others!) slowly gave way over the season’s first half to something even more subtly fascinating: the Others have been following mastermind Ben Linus’ lead but don’t themselves know the Island’s full secrets.

Juliet’s presence on the show instantly took a sledgehammer to the notion that the Others were a unified, evil tribe with full awareness of their role on the island. Wisely, the show wrote Juliet to be Ben’s main Othersian adversary, and as she joined the Oceanic survivors, we remained in the dark about where her true allegiance stood. Instead of her past being a mystery (as was the case with almost all the other main characters), Juliet got to be a mystery on the Island.

Juliet’s introduction into Lost’s already sprawling cast of characters was also especially welcome for how she helped clear the air on the myriad unanswered questions that had begun to accumulate. Lost was always a show that asked more questions than it was ever going to answer, but by the end of season two, even its most devoted fans were frustrated with the show’s nesting doll of mysteries. The bridge Juliet created between the Others and the Oceanic survivors meant she could pay off isolated headscratchers like Claire’s kidnapping or broader mysteries like the nature of how people were lured onto the Island. Given all this, it was appropriate that Juliet was ultimately the cause of one of the show’s most fundamental mysteries: known in show terminology as “The Incident,” it was the electromagnetic disturbance that made the Oceanic flight crash on the island in the first place.

To understand the full impact of Juliet’s role in the Incident, of course, we have to talk about her late-breaking romance with Sawyer (Josh Holloway). Here was perhaps the most contentious piece of Juliet’s character trajectory. On paper it made little sense; at best it felt like a cop-out solution to the love quadrangle they shared with the headlining heroes Jack (Matthew Fox) and Kate (Evangeline Lilly). And yet much to our surprise, we believed it (perhaps we can credit that to Mitchell and Holloway’s performances). Lost was characteristically confounding and complicated, but Juliet and Sawyer felt refreshingly relaxed.

Season four had ended by spreading out the ensemble across time and space (both on and off the Island). Sawyer and Juliet got zapped back to the ’70s, among the original Dharma initiative, and liberated from the stress and paranoia of their post-crash present, they thrived, and something akin to Lost one truly great love story (give or take a Desmond/Penny) was born. It was outright malicious for the show to make us root for Sawyer and Juliet only to have them tragically ripped apart, but that’s showbiz. And so we arrived at the Incident, at the close of season 5, which after all that speculation turned out to be Jack’s attempt to set off a hydrogen bomb beneath the Dharma station in order to negate the electromagnetic pulse that crashed them on the island in the first place. As was typical for a Jack Shephard plan, it didn’t work. As was typical for Lost, disaster struck anyway. An electromagnetic event sent the station into chaos, and a wayward heap of chains dragged Juliet into the open drill-shaft. The bomb may have failed to go off under Jack’s supervision, but Juliet’s fall allowed her to detonate that son of a bitch on her own. In her final moments, Juliet hurriedly professed her love to Sawyer, giving us the show’s most tragically romantic moment this side of Rose and Bernard.

The season six premiere allowed Sawyer and Juliet a few final words in the show’s typically enigmatic fashion. Sawyer dug below the blast’s rubble to find her barely alive, Juliet tragically joking they meet for coffee sometime as they had their final embrace. Her thwarted final words to him would pay off in the series finale, as the two met in the show’s strange flash-sideways afterlife waiting area. After assisting him with a vending machine by turning it off and on (just like the Island, get it?), their history flashes back to them, tied to those words she never got to say: “it worked”. In their rush of emotion, including Sawyer’s sob-inducing “I had you!” recalling her fateful fall, we realized “it” that “worked” was also their unexpected coupling.

Perhaps reading the tea leaves of Juliet’s diminished role over her final season (not to mention Mitchell getting cast in the short-lived reboot of V) could have spelled to keenly observant viewers that her time was coming as season 5 crept to a close. Just ask Charlie or Sun or Jin what fate a completed character arc brought them, after all. The impact of Juliet’s death is a testament to Mitchell’s wildly underrated performance in her three seasons as a main cast member. The actress had the difficult task of playing a woman who herself was playing both sides, of having to suggest ambivalence to the Island’s mysteries after being stuck there for years, of ultimately finding peaceful life on this island that had only brought her pain. While Terry O’Quinn and Michael Emerson were reaping Emmy awards, Mitchell remained unnominated until her guest stint on the finale.

But after all that Juliet had taken the audience through, both the personal and the metaphysical, her emotional end was all the more traumatic. It’s why all these years later, hers is the Lost death that lingers the most.