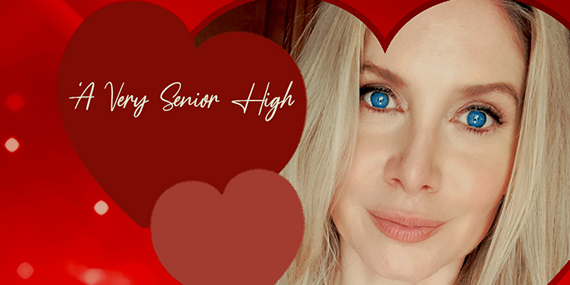 “Never Too Late” has a new title. Now it is called “A Very Senior High”.

They will screen the film for the first time for buyers at the upcoming virtual American Film Market. Due to covid it will be a virtual market, but worldwide distributors will be able to watch the movie and decide to acquire it (only after that this movie can be released in theatre or via any other platforms).

I’m very excited about this project, it has a stellar cast and I cannot wait to see Liz playing a daughter again. It’s something rare! And the amazing Ellen Burstyn plays her mother. There’s Ann-Margret. It’s Santa Clause 2&3’s director so it’s all wonderful! It will be fun.

Liz plays Laura, a successful real estate agent with a complicated relationship with her mother.  Her controlling nature hides her heartfelt worry for Helen’s well-being. Their relationship should help establish an emotional core to the film.

And guys, the elders are so precious for this world!

I found a couple of articles about the movie that I am posting below. 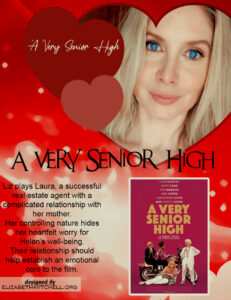 A Very Senior High is an Astute Films production with Harrison Powell, Dominique Telson, and Fred Bernstein producing. Executive producers are Richard L. Jackson and Claudine Marrotte.  A Very Senior High is written by Donald Martin based on a story created by Powell which was inspired by his grandmother’s own experience of moving into a retirement community and discovering it was like high school all over again.

The fun, heartwarming film tells the story of Helen Wilson, played by Burstyn, an independent widow who moves into the Pine Grove Senior Community and discovers it’s like high school all over. Though she initially avoids the cliques, powerplays, and flirtatious suitors, her life is forever changed when she steps outside her comfort zone and learns to love again. Caan plays Dan Simpson, a new resident of Pine Grove, a debonair gentleman with a soft spot for Helen.

“We are delighted to introduce the beautiful A Very Senior High to buyers. The Astute team, Michael Lembeck and the stellar cast have really brought this romantic comedy to new heights. It is both hilarious and full of heart! Both older and younger audiences will enjoy this film based on a true story. In a world full of people trying to find love, A Very Senior High brings much needed hope for every generation,” said Arclight Films Chairman Gary Hamilton.

“With so much stress and uncertainty going on right now, we feel it is perfect timing to bring a feel-good movie with heart to the marketplace. This film is a celebration of laughter, love, family, and friendship. It is where Mean Girls becomes Golden Girls. We could all use some of that right now,” said Powell.

Company chairman Gary Hamilton and his team represents worldwide rights and will be screening the film, formerly known as Never Too Late, for the first time at the virtual market.

Burstyn plays Helen, an independent widow who moves into a residential home and must learn how to negotiate cliques, powerplays and flirtatious suitors. Her life is changed when she learns to love again. Caan plays Dan, a debonair gentleman with a soft spot for Helen.

Michael Lembeck (Friends, The Santa Clause 2 and 3, Tooth Fairy) directed the film from a screenplay by Donald Martin based on the experiences of producer Harrison Powell’s grandmother.

Powell, Dominique Telson and Fred Bernstein produced the film, while the executive producers are Richard L. Jackson and Claudine Marrotte.

Inspired by a true story, when Helen moves into the Pine Grove retirement center, everything is practically perfect — except for the feisty and curmudgeonly clique The Queen B’s who dominate the community (guess what the “B” stands for?).Now she’s about to discover that 80 is the new 18, as her Golden Years are swept up in high school politics like popularity, fitting in, friend groups, boyfriends and outrageous mishaps every step of the way. It’s a heartwarming comedy adventure about finding yourself (and love) when you least expect it.

It’s never too late to laugh with friends – to fall in love again – and to put the “mean girls” in their place.