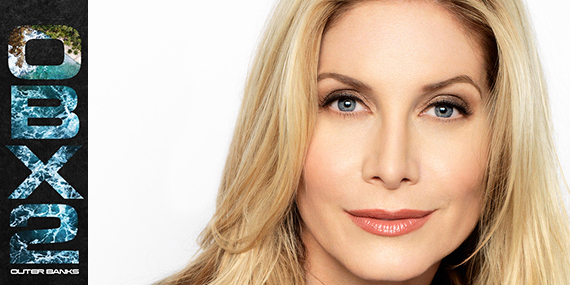 I’ve just read this article about Elizabeth joining the cast of Outer Banks. It doesn’t say anything new but they wrote something nice about her acting.

By and large, Outer Banks was one of Netflix’s more popular first-season shows of 2020, boasting a young, attractive, and largely unknown main cast at the heart of a deadly mystery. (Or various mysteries, as it were.) Fans were definitely as pumped as the cast was when the streaming service confirmed its Season 2 renewal back in July, but there was essentially radio silence regarding the drama after that point. Now, however, Outer Banks has announced its first major casting addition for Season 2, and it’s someone well-versed in mysteries happening near large bodies of water.

One of the first new faces that Outer Banks viewers will be seeing in Season 2 will belong to actress Elizabeth Mitchell. She’s arguably best known for her years on Lost, where she played the fan-favorite character Dr. Juliet Burke, who was just the best. The few details that have been revealed about Mitchell’s new character put her on the opposite end of the spectrum from Juliet.

In Outer Banks Season 2, Elizabeth Mitchell will play a character who appears to just go by the name Limbrey. A native of the Charleston area, Limbrey is a captivating woman who appears to be as polite and courteous as can be, but is actually hiding a completely different personality. According to Deadline, Limbrey has quite a toxic and malicious personality lurking beneath her cheery surface, and I’m betting Mitchell will be able to flip between those effortlessly and convincingly.

Of course, while I’m already convinced that Elizabeth Mitchell is going to be great in this role, it’s still quite unclear how she’ll enter the main characters’ lives, and what her main motivations will be. One can assume that she’ll also be trying to gain control of the gold that Chase Stokes’ John B., Madelyn Cline’s Sarah and the others were seeking out in Season 1. Or, if it’s revealed that the aforementioned duo gained access to the gold after their boat trip to the Bahamas in the finale, maybe Limbrey will serve as a threat to get them to confess. Or maybe she’s got ties to John B.’s father and his past.

Beyond her work on Lost, Elizabeth Mitchell has been in plenty of other TV shows through the years leading up to her impending Outer Banks debut. In the past decade or so, she starred in more cult sci-fi series such as V, Revolution, and The Expanse, she played the Snow Queen for Once Upon a Time, and she took on starring roles in the international crime drama Crossing Lines and the horror series Dead of Summer. In 2019, she appeared in an episode of the now-concluded mystery-drama Blindspot and the Hallmark TV movie The Christmas Club.

Production for the second season of Outer Banks is currently happening in South Carolina, and since one casting announcement has now been revealed, fans can probably expect to hear about more actors joining the moody mayhem for upcoming episodes. Is it too soon to start hoping that fellow Lost vet (and current Yellowstone threat) Josh Holloway is the next addition?

Since we’re still this early in the process, Outer Banks Season 2 doesn’t yet have a premiere date set on Netflix, but stay tuned to CinemaBlend for more updates. And while waiting, be sure and keep current with our 2020 Fall TV premiere schedule to see what new and returning shows are on the way.