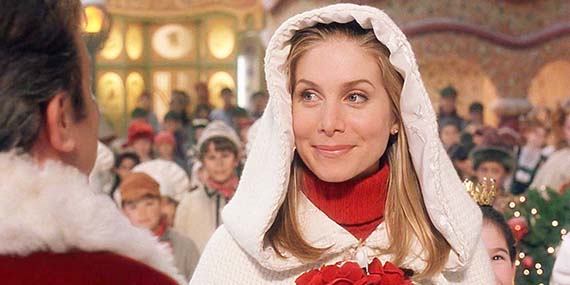 I’ve just found this article about Santa Clause’s cast. This is the part about Elizabeth. She looks pretty busy. 🙂

While she didn’t appear until the second installment in The Santa Clause franchise, Elizabeth Mitchell definitely plays a key character as Principal Carol Newman, who eventually became Mrs. Claus. Prominent on both the big and small screen, Mitchell is best known for her Emmy-nominated role in ABC’s Lost, though she can also be seen in shows like V, Revolution, and Boston Legal, and she appears in episodes of Crossing Lines, The Expanse, Dead of Summer, and Once Upon a Time. Outside of these television parts, Mitchell can also be seen in films like The Purge: Election Year, Running Scared, Frequency, and Nurse Betty, as well as Molly, The Christmas Club, and HBO’s Gia.

Next, Elizabeth Mitchell will star in the second season of Netflix’s Outer Banks. She also starred in What We Found earlier this year, and she’ll soon star in Witch Hunt, When Time Got Louder, and Never Too Late, as well as the short film, Kepley, which she also produced.

Note: as I posted weeks ago “Never Too Late” is now called “A Very Senior High”.