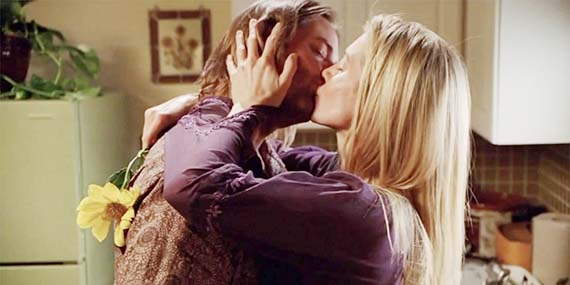 I’ve just read this new article about Lost and there’s a part about Juliet and Sawyer’s relationship which is worth to post.

Biggest Tearjerker: When Juliet lets go of Sawyer’s hand as she’s about to be sucked down into the future Swan Station. Those two, for my money, are my favorite relationship the show gave us. If you told me that it was not the plan from the beginning for them to get together, I’d believe you. In fact, I think you’d be right. Juliet initially served as a foil to the Jack and Kate thing, which was fun for a minute, if not a little annoying. But Sawyer and Juliet getting together and taking care of business is exactly what makes them…

MVPs/Favorite Ship: Sawyer and Juliet. Suliet? Are we calling it that? Citation needed. Anyway, with the doc gone and seemingly never to return (plus Locke’s departure into the bowels of the well) Sawyer and Juliet step up to the plate and lead what few remaining castaways were left on the island. Their short-lived romantic relationship takes flight once they’re rooted firmly in the seventies at the Dharma camp, but it’s a love story and dynamic I could have watched week-to-week ad infinitum..

Yes, I wish we could have watched so much more of this relationship. Meaning more Juliet’s screen time. HAHA! No kidding, truly it’s something beautiful that Liz and Josh created on their own. I mean it’s them who really make that relationship believable.