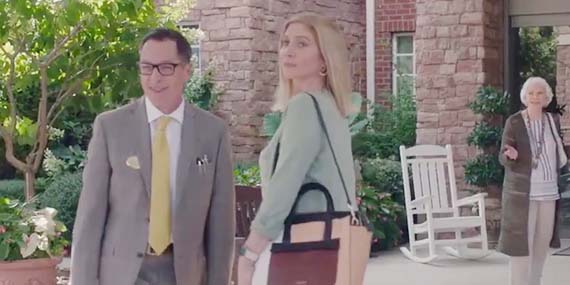 ET posted an article and the trailer of the movie Queen Bees.

Retirement is high school all over again for Ellen Burstyn in the upcoming comedy Queen Bees, and ET can exclusively debut the first trailer.

A comedy about the young at heart, as the movie is billed, Queen Bees stars the Oscar winner as the fiercely independent Helen, who temporarily moves into Pine Grove Senior Community while her home undergoes repairs. There, she encounters the titular clique of “mean girls with medical alert bracelets” played by Loretta Devine, Jane Curtin and Ann-Margret.

Helen’s arrival shakes up the assisted living hierarchy, as she takes on cutthroat bridge games, strikes up a flirtation with a fellow senior (James Caan) and perhaps finds a new sisterhood with the cool girls. Watch the trailer above.

“I hadn’t really been inside a real retirement community, and I have a different view of it now from having made this film. There was a lot of activity and sports and games and classes and coupling!” Burstyn tells ET’s Kevin Frazier. “This story was inspired by the writer’s grandmother who was in a retirement community and met a man, whom she later married.”

“It was fun playing mean. It is always fun playing mean, I think it is even more fun than playing nice,” Devine says, though she adds, “Before the movie is over, you really fall in love with the ladies because they are lovable!”

Queen Bees is in theaters and available on demand on June 11.