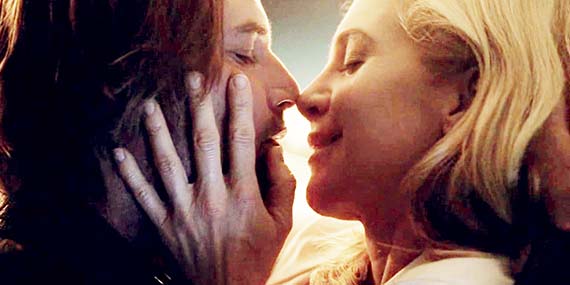 The @TheHatchPodcast has an interview with Damon Lindelof about Juliet and Sawyer, about the decision to kill Juliet and some praises about Elizabeth.

I love that Damon mentions that Juliet is not just a pawn in the love quadrangle/square/diamond? He calls it “diamond”, I love that.
The old version (I think there are many) was that they killed Juliet because they were afraid that the relationship between Sawyer and Juliet wouldn’t work. Now it’s because she was not on the plane? Ok I won’t comment on this.
Damon: “There are characters on tv that you are not allowed to kill because they are too beloved. And people started to go ‘I know they’ll kill him, but they’ll never kill her.’ And when they start to feel that way about any character, that’s when you have to kill someone that they loved. Just to remind them that’s the show.”
It makes sense. è_é I hate this so much, but I know he is right.
Damon, it is not a cool way to go out with the bomb. It would have been so cool not to go out at all. Just so you know.
I love that the guy on the podcast says that the best reunion in the finale was the one between Juliet and Sawyer. Thank you Damon for saying that’s just because of Liz and Josh. And it’s not just because Juliet was not in most of the last season… It’s because YOU KILLED THE WRONG CHARACTER. HAHAHA!
Thank you Damon, for confirming that the choice to have Juliet being David’s mom and Jack’s ex wife was an homage to the Jacket’s relationship. I truly appreciate that. I have always felt like with the finale Juliet sort of had them both (Jack and Sawyer) because she was hurt by both of them and that sounds only fair to me. So yes!
“The forever place” I love this!
“ELIZABETH JUST KINDA CAME IN AND DID THAT WORK!”
YEEEEEEEEEEEEEEEEES BECAUSE “SHE TRANSCENDS THE MATERIAL!” I need to print this line by Damon.
Thank you @livthompson815 for talking to me about this. I was tagged yesterday on twitter, but I didn’t have the heart to hear what Damon had to say, but it was definitely worth it.
Just a note for all the future showrunners…. Killing any Elizabeth’s character is illegal. This law was written in 2009. So please check it out, before making the wrong decision. Sooner or later you are gonna get caught for killing her characters.