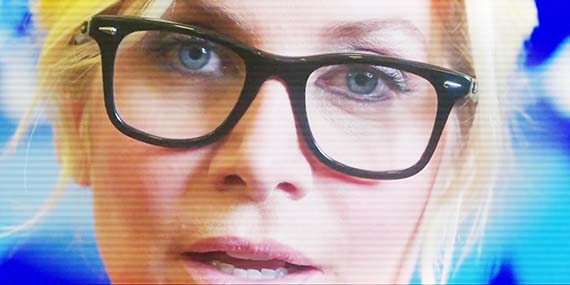 I found this review where they say that The Purge: Election Year (the one with Liz) is the best among them all. YES!!!

There aren’t many modern horror movies that have had the impact of “The Purge,” which revolve around an idea so disturbing and insidious it feels like it’s been around forever. (Or at least since the 1967 “Star Trek” episode “The Return of the Archons.”)

“The Purge” takes place in a near future where an extreme conservative fringe party has taken over the American government, instituting a new national holiday where all crime is legal for 12 hours. Although the rationale for “Purge Night” is ostensibly to vent society’s hostilities to make the rest of the year more peaceful, in actuality it’s a grotesque attempt to convince Americans to partake of self-inflicted genocide, curtailing the population and empowering white supremacists.

The best films in “The Purge” franchise find a healthy balance of terrifying action and refreshingly direct moral parable. The worst are nonetheless intriguing explorations of social collapse amidst literal class warfare. And all of them paint an intriguing picture of America’s potential downfall, filtered through the glorious excess of exploitation filmmaking.

“Election Year” has it all: action, commentary, and — uniquely, in this franchise — an iota of hope. Elizabeth Mitchell plays a liberal presidential candidate who promises to outlaw Purge Night, so the New Founding Fathers announce a special holiday where even politicians are fair game. The topicality of DeMonaco’s third “Purge,” which was released during the Clinton/Trump campaigns, may seem borderline tasteless, but the film’s confrontational political allegory taps directly into the divisive rhetoric that changed the political landscape. The ending suggests that change is possible, but it also horrifyingly suggests that the damage inflicted upon our social norms could be permanent, foreshadowing violent insurrection if the balance of power ever shifts away from the oppressors. Chilling.