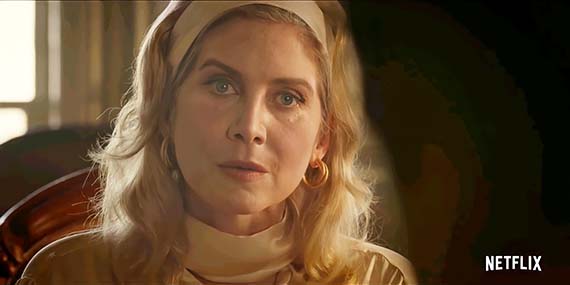 I’ve just read this article where they say that Liz’s addition to the cast of the show is a signal of Outer Banks’s growing popularity, which is something nice to say about her and the show. 🙂 There is also a speculation about Limbrey in the article.

Dropping on July 15, 2021, the two-minute official trailer for Outer Banks Season 2 not only sets up the inevitable showdown between John B and Ward Cameron but also draws Kiara, Pope and JJ into the recovery of the Royal Merchant gold. They’re not simply eager to reunite with they’re fugitive friends, however; they’re pushed into the hunt by Elizabeth Mitchell’s menacing Limbrey, how claims to have been double-crossed by Ward, too.

Lost and Once Upon a Time alum Elizabeth Mitchell will join the cast as Limbrey, described as “a longtime Charleston native; a compelling woman with a level of toxicity and menace underneath her seemingly courteous ways.” As Mitchell is a fairly recognizable television actress, her addition to the show signals Outer Banks’ growing popularity. Should a potential Outer Banks Season 3 happen, the star power may continue to rise. However, it all depends on how Sseason 2 performs on Netflix.