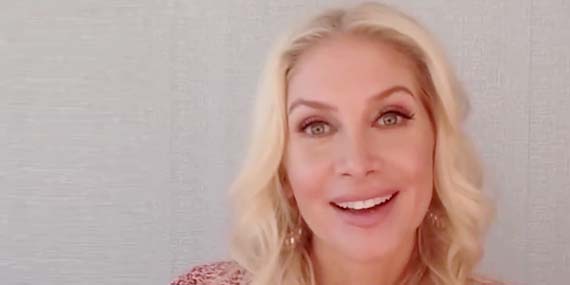 There is a brand new interview with Liz by Popternative I found on youtube. The audio is not synchronized there so I had to fix it before posting it. She’s absolutely glowing in all these interviews and she has so many beautiful thoughts about her works, always so supportive with all the cast mates. She talks with extreme grace and contagious enthusiasm and she’s so down to earth. And guys, she looks so gorgeous, she is such a powerhouse.

I love how she describes what she wanted for the character, that she wanted her to look like an old lace. All the physical transformations that she chose to have for the good of the character, because as she says there is ugliness inside of her so you must see that on the outside. I think she did a brilliant job with how she was able to convey the darkness of this woman on the surface and of course make-up and light did a wonderful job. The fact that she lost weight only to make her look sick, unhealthy, also impressed me.  I mean not so many people are willing to do such a transformation in order to characterize a character. It’s pretty brave to me.

And also I cannot stop admiring her for her caring about being a character actor, not interested in the success, just interested in the work, in the ART. I am so happy about this because it’s the only way not to waste your talent I think. Being focused on the characters, choosing the characters before choosing the success that this might have or the show/movie might have… to me that is the thing. I wouldn’t be able to follow the career of someone different from Liz. And thank goodness she is also so intuitive and smart and sensitive and every choice she makes with her roles speaks to me. I am so grateful for that.

She talks about Lost, Santa Clause (how she is similar to Mrs Claus, not the principal 😂) Outer Banks and she also mentions First Kill. I looooove those nails!😍
I love what the guy say about Juliet. 💃
And isn’t Liz the cutest thing when she had to leave to take the charging cable? Adorable!❤️
She is such a breath of fresh air in these interviews. ❤️