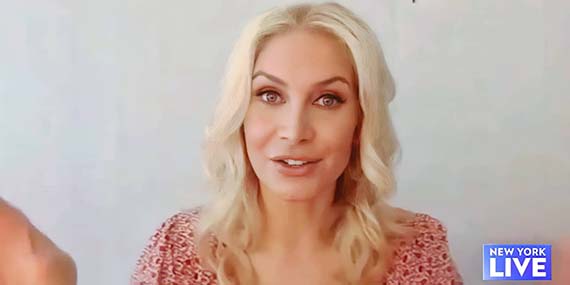 Showbiz Cheat Sheet published another tiny piece of their interview with Liz.
She is always so nice to people she works with. Very sweet of her saying that they all added something in the creation of Limbrey. The truth is that Elizabeth is like a sponge, she absorbs from people and the environment and elaborates concepts, ideas and makes them of her own, she puts together her vision of them. Truly a fascinating process.

Many people know Elizabeth Mitchell for her roles in shows like Lost and Once Upon a Time. But more recently, Mitchell joined the cast of another viral sensation — Netflix’s Outer Banks. Mitchell spoke with Showbiz Cheat Sheet over the phone about Carla Limbrey, her role in the show’s sophomore season. Behind the scenes, Mitchell worked closely with the show’s younger cast members, including Chase Stokes and Jonathan Daviss, to formulate what motivates Limbrey.

Who is Carla Limbrey in ‘Outer Banks’?

Carla Limbrey is a new character in Outer Banks Season 2. She is most closely connected to Pope Heyward (Daviss), who she believes possesses Denmark Tanney’s key. With this key, Limbrey hopes to open the Cross of Santo Domingo and reveal the mythical shroud within.

Limbrey is dying from an unknown disease. But with the Shroud of Turin — rumored to have healing powers — Limbrey hopes she can cure herself.

Limbrey’s ancestry has been in Charleston for hundreds of years. The wealthy Southern family owned slaves in the past — something Pope recognizes as soon as he arrives at Limbrey’s sprawling property. But more than that, the Limbrey’s were responsible for the death of Denmark Tanney.

Despite her family’s history with slavery, Mitchell doesn’t believe Limbrey is motivated by racism. “I think she’s blinded by what drives her,” she explains to Showbiz. That’s finding the shroud so she can be healed.

In Mitchell’s opinion, Limbrey might not be racist, but she doesn’t value Pope or his family. “She doesn’t believe they’re in her class [or that] they are wealthy people,” she adds. For Mitchell, playing a person like that is “really scary,” mainly because these people exist.

“[Limbrey] doesn’t put great value on anyone else,” says Mitchell. “I think that’s terrifying. [Those kinds of people are] the ones to look out for.”

At her core, Limbrey is entitled. But to tap into exactly how entitled she is, Mitchell says she worked with “the kids” — Stokes, Daviss, Madison Bailey, Rudy Pankow, and Madelyn Cline — to see what level of entitlement Limbrey possesses.

“Was she racist?” Mitchell says of the questions the Outer Banks cast asked themselves, adding:“Was she [a] classist? Was she against all people or just some people? What the kids and I [came up with] is that she’s just incredibly wealthy, and anyone who’s not, she’s not particularly interested in.”

Mitchell says Limbrey places a lot of value on her family history. “[It’s] more important to her than anyone else’s,” she adds. “[But] her need to live — her need to be whole again trumps everything.”

Of course, Outer Banks creator Jonas Pate was also “super helpful” in guiding Mitchell with her role. “We also had some incredible directors,” she adds. “Each one added a little bit more. We all brought something to the table. So it was a big collaboration on who [Limbrey] was.”