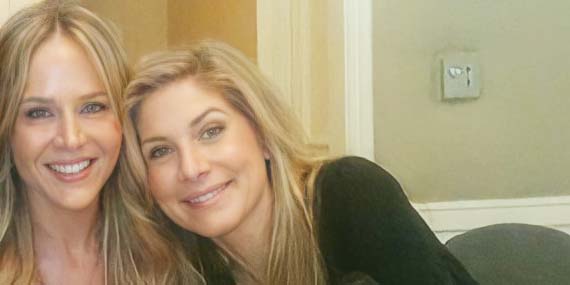 I uploaded an interview with Julie Benz where she mentions Liz.

It’s from 2019 and I love that after 10 years she is still mentioning Liz during interviews when she has to talk about how hard it was for her to be killed off her show.

I don’t know if you remember, I think I talked about this more than once in the past year… anyway for those who don’t know… here’s the story:

When Liz filmed “Answers To Nothing” (2009) she helped Julie Benz get through this hard time. Rita, her character on “Dexter”, was killed off and it was very devastating for her, obviously!!!

Liz was killed off on Lost a few months before and just at the same time she was asked to play the leading role on V.

She could pass on her experience and her way to handle things to Julie and helped her get through a similar situation.

Julie talked about this several times when they did some press for “Answers To Nothing” in 2011, but this interview is from 2019 and I love that she still remembers Elizabeth’s help. Well it’s hard to forget someone who helped you during hard times, but sometimes people forget to be grateful. Julie is truly sweet and wonderful!

Elizabeth is always so kind to people who cross her path. It’s not a surprise to me, but I love hearing others talk about her.

Thanks @ginniferdavernport for sending the heads-up via twitter! I truly enjoyed the full interview.