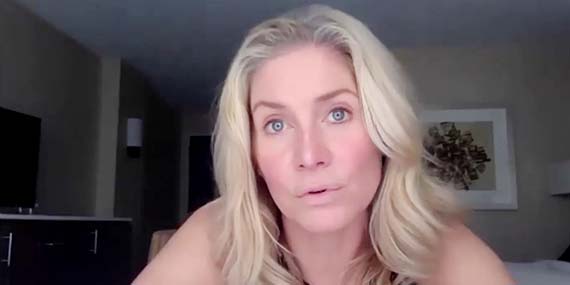 This is just another wonderful long audio interview with Liz.

Liz talks about what initially drew her to pursue this career.
I’m so grateful to Liz’s mom!
The passion she has for this profession, how she was willing to do anything just to act. Not to be famous, but just to express herself in this way… I love that even if she happened to get under the spotlight, she is still that person. A dreamer who just want to be who she is.

I love how you listen to her talking and every now and then she says illuminating things, like I needed to hear them at this right moment.

(talking about the secrecy around Lost) “It gave me tremendous freedom to not know. And I always said the same thing when people would ask. I said “we don’t know in life what’s gonna happen next and that makes us present and that makes us able to be in there and work on an act of faith. You have to go with the flow, otherwise it’s gonna flow on without you if you don’t.”

Awwww I love what she said about the fact that she doesn’t think it’s a coincidence that she has sisters and Juliet happened to have a sister that she loves so much. I am simply in awe of this story about her thinking that writers take things from the actors behind the characters and they didn’t just make everything up.
Ok this is making me love Lost more. I need to start this rewatch I have been planning for so long.

“Every single person I talked to sees it from a different perspective and it’s usually something to do with the struggles that are going on in their lives. So for me it was women’s powers and the fear for women’s powers…”

I think that if a story is well written, if there are elements chosen on purpose to truly send a message, the audience will be able to receive it. Of course our perception is based on what we are struggling with in that exact moment,  or simply what we’ve been living all our life.
In the case of this movie I think the message is pretty well delivered…. Society’s fears for powerful women and how cowards and sneaky people act to smash those women in the spirit (or literally) just to make them weaker and prevail.

I think that topic along with discrimination, the thought of being different, the acceptance of being who you are (in Claire’s case it’s her not accepting herself, but her mom accepts who she is).

I was pitching the movie to a friend a few days ago and I think the discrimination goes far beyond what we usually think.
She told me “I never feel represented. They never talk about me.”
And I actually could understand what she meant.
There are so many discriminations in this world that are not even discussed or listened to and much less supported.
I think this makes people feel more alone.

But then there are movies/shows/books like “Witch Hunt” and heroes like Martha who send sprinkles of hope.

And anyway this movie is also great entertainment.