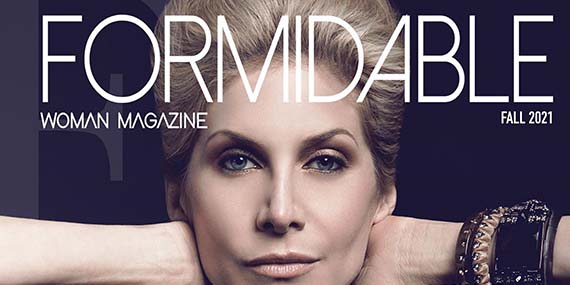 This info was posted on Facebook on October 19, but the magazine is not available yet.
Elizabeth is featured on the cover of “Formidable Woman Magazine”.

Don’t get confused, the photo is from 10 years ago (at least it’s different from the usual one) but the interview is NEW!

This is what they wrote:

Angelina Jolie’s lover in “Gia” transitioned from her Emmy-nominated role in JJ Abrams’ “Lost” into the Ice Queen role on “Once Upon a Time.”

Well she is not the lead protagonist on Outer Banks but a recurring role and she is a wonderful antagonist. 💥