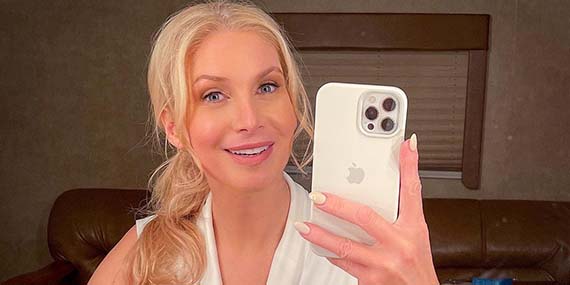 This is the article of Netflix Life about “First Kill” coming to Netflix in 2022 (info released by Netflix yesterday). A few months ago Elizabeth said that she thought the release date should be early 2022 and it looks it’s going to be that. 🤞

This article is just a summary of what has been released about this show and the release date predictions (February-April 2022 😍).

Elizabeth plays Margot Fairmont in “First Kill”, a five-hundred-year-old vampire, the mother of the protagonist (Juliette).

Vampires are here to stay on Netflix as yet another series is set to land on the platform full of the blood-sucking supernatural creatures’ lore.This time, however, instead of a prestige drama from the mind of Midnight Mass‘ Mike Flanagan, the streamer will be treating subscribers to a young adult fantasy titled, First Kill.The series is a sapphic teen drama from YA author V.E. Schwab and scream queen Emma Roberts. Schwab will be as creator, writer, and executive producer. Roberts will be producing the series with her best friend, Karah Priess, under their media company Belletrist Productions which is quoted as having “an eye toward celebrating book lovers.”Felicia D. Henderson (The Punisher) is slated to take the reins of the series as showrunner and will also be credited as a writer and executive producer on the project.Here’s what more we know about the upcoming Netflix original!

Is First Kill based on a book?

While the series isn’t based on a book, its source material is Scwab’s own short story of the same name published in the YA anthology, Vampires Never Get Old: Tales with Fresh Bite.Her involvement in this live-action adaptation should be welcome news to fans as it’s not often that author’s get to have such control over an adaptation’s direction and development.

Filming on season 1 has wrapped. Schwab took to Instagram on Aug. 23 to express her pride in all that she and the team behind the show accomplished.

There will be a total of eight episodes in the first season.

Typically, there’s about six to eight months between when filming wraps and a series premieres on Netflix. We’re likely to see First Kill make its premiere sometime between February and April 2022.

The show’s young loversSarah Catherine Hook as Juliette Fairmont, a shy teen vamp who refuses to turn herself into a monster. She has the support of her family but legacy and love don’t always mix.Imani Lewis as Calliope “Cal” Burns, a monster hunter who is fearless, determined, and more vulnerable than she’ll ever let on. Her sense of duty wars with the secret love she harbors in her heart.The Fairmonts (vampires)

The rest of the cast

An official synopsis has yet to be released for First Kill, however, it will follow a similar premise to the short story. Here’s a summary from Deadline:[W]hen it’s time for teenage vampire Juliette (Hook) to make her first kill so she can take her place among a powerful vampire family, she sets her sights on a new girl in town named Calliope (Lewis). But much to Juliette’s surprise, Calliope is a vampire hunter, from a family of celebrated slayers. Both find that the other won’t be so easy to kill and, unfortunately, way too easy to fall for…We’ll keep you posted on more First Kill news as it comes in. Stay tuned to Netflix Life!

This is something that Liz said:

🩸”First Kill was super fun. I play a 500-year-old vampire named Margo.
She is the very definition of a formidable woman and has this amazing husband named Sebastian, played by Will Swenson, who is a Broadway actor. So, there are the vampires and the hunters and it’s a bit like Romeo and Juliet, but it’s more Juliet and Juliet. It’s the two families that are pitted against each other. Aubin Wise is kind of my counterpart. She is in Hamilton right now on Broadway and she brought it and Will brought it. Even just being around these amazing actors was an absolute pleasure. It was so much fun”🩸

I cannot say this enough… How much I am happy to see Liz as a vampire. 🧛🏼‍♀️ A dream coming true. ❤️

I cannot wai to see her fangs, playing the mom of Elinor and Juliette, being in love with her husband and the fights with her counterpart. This is going to be so much fun! 💃 Who is ready?