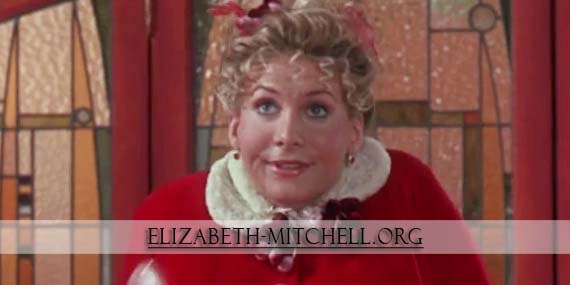 The Santa Clause franchise is making a comeback — this time on the small screen.

Disney+ on Friday announced a series order for The Santa Clause (working title), a limited-run series that will see Tim Allen reprise his beloved role as Scott Calvin. Production is set to get underway in Los Angeles this spring, with Jack Burditt (Last Man Standing) on board as showrunner. He’ll executive-produce alongside fellow LMS vets Kevin Hench, Richard Baker and Rick Messina.

Scott Calvin is on the brink of his 65th birthday and realizing that he can’t be Santa forever. He’s starting to lose a step in his Santa duties, and more importantly, he’s got a family who could benefit from a life in the normal world, especially his two kids who have grown up at the Pole. With a lot of elves, children, and family to please, Scott sets out to find a suitable replacement Santa while preparing his family for a new adventure in a life south of the pole.

Allen originated the role of Santa Claus’ proxy in the 1994’s The Santa Clause. The family friendly film went on to gross nearly $200 million at the box office and spawned two sequels: 2002’s The Santa Clause 2 (which introduced Elizabeth Mitchell as Scott’s love interest/eventual wife Carol) and 2006’s The Santa Clause 3: The Escape Clause (which featured Martin Short as Jack Frost). The complete trilogy is streaming on Disney+.

Tim Allen to star in a Santa Clause series on Disney+
Tim Allen’s Santa Claus is coming back to town.

Allen is set to star in a limited series revival of The Santa Clause on Disney+, the streamer announced Friday. He’ll be reprising the role of Scott Calvin, a man who in the original 1994 film unexpectedly becomes the new Santa.

The Disney+ series will follow Calvin as he approaches his 65th birthday and begins “realizing that he can’t be Santa forever,” as he’s “starting to lose a step in his Santa duties,” so he “sets out to find a suitable replacement Santa while preparing his family for a new adventure in a life south of the pole,” Disney said.

Allen last played the role in 2006’s The Santa Clause 3: The Escape Clause, which grossed over $100 million at the box office. The new limited series will begin production in March, according to The Hollywood Reporter. Disney didn’t announce what other cast members might be involved, though Elizabeth Mitchell previously expressed interest in returning as Mrs. Claus.

This, of course, will just be the latest classic kids series Disney is giving new life on its streaming service after previously bringing back franchises like The Mighty Ducks, Home Alone, and High School Musical for original shows and movies. It seems the company is making a list of nostalgic properties to revive, and they’re checking it twice.