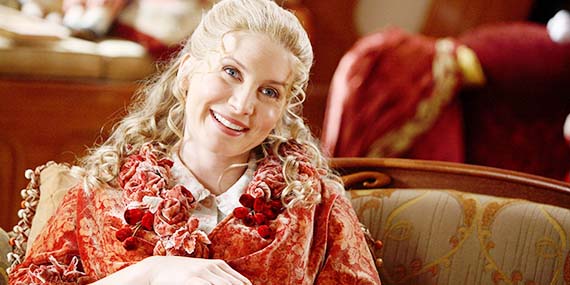 What l love the most of the revisiting is the chance to see how characters that have been in my heart and part of my memories are doing right now. I get a nice surprise for a recent reboot I watched. I didn’t expect it to be so satisfying. So I have huge hopes for the Santa Clause series.

I found a couple of articles where they say they want Liz in the show. OBVIOUSLY!!! ❤️🤶🏻

The last one is from fangirlish.com and YES, the family wouldn’t be complete without her. And as Elite said, it would be super exciting to see Liz as Mrs. Claus again… after 16 years (from Santa Clause 3). 😮

I remember watching videos of Liz at the premiere of the latest movie and she had just joined Lost… To me it was so exciting she had these two projects at the same time and I was there and I could enjoy both things.

Who knew she could have had even more than 2 projects at the same time. She spoiled me/us especially in the past year. 💃And I cannot wait to see what 2022 will bring us.

Right now, Allen is the only confirmed cast member that will be reprising his role. Some pretty important characters that we’ve seen throughout The Santa Clause trilogy are Scott’s son Charlie Calvin (Eric Lloyd) and Carol Calvin/Mrs. Clause (Elizabeth Mitchell). And considering the family-focused storyline, it would be super exciting to see Lloyd and Mitchell return alongside Allen.

There is no official release date or trailer that has been dropped quite just yet. But as of now, production is set to begin in March 2022. However, if history proves correct, Disney+ might drop some more info come November, as all three movies were released in theaters during the 11th month of the year.

Given its obvious connection to the holidays, fans can probably expect The Santa Clause series to arrive towards the end of the year to help ring in Christmas.

Obviously, Elizabeth Mitchell must return as Carol! The family wouldn’t be complete without her, Wendy Crewson as Laura, Judge Reinhold as Neil, Eric Lloyd as Charlie, and Liliana Mumy as Lucy. Disney+ can’t forget the beloved reindeers, either. Though, it’s a safe bet they’ll be less practical and more CGI in this series.