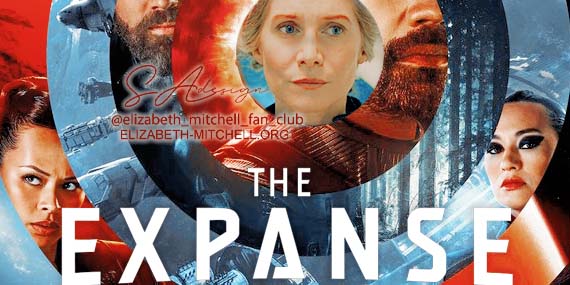 Since this was the last season of The Expanse an editor of geekgirlauthority wrote an article about what she learned from the women of the show and she obviously wrote beautiful things also about Anna.This is the part about her from the article:

What I Learned From the Women of THE EXPANSE

Like Elvi, we had only one season with Anna (Elizabeth Mitchell), but she left an indelible mark on the show, notably her brief reappearance in Season Six for Monica’s documentary. Her kindness and empathy resonated with me and is a stark reminder that we can be a shining light in the darkest of places. She also taught me to see the good in everyone — even Marco Inaros (I don’t see him as a villain in the broad sense, anyway).