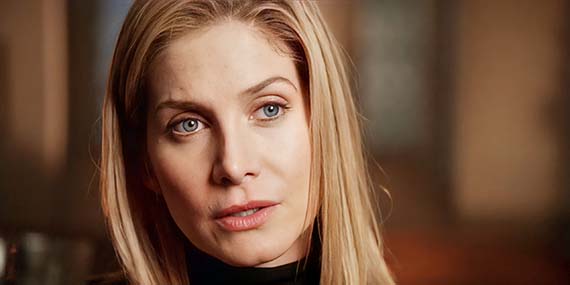 There’s no doubt that ABC’s “Lost” was one of the most successful and addicting television series of the aughts. The show, which ran from 2004 through 2010, told the story of the survivors of Oceanic Flight 815, who crash land on a mysterious island and find themselves battling with “others,” dealing with mysterious hatches and videos, traveling in time, running from smoke monsters, becoming pawns in a fight between immortal beings, and essentially coming to terms with their own issues and demons.

Created by J.J. Abrams, Damon Lindelof, and Jeffrey Lieber, the show had a huge cast of various archetypes and characters. But what made audiences love “Lost” wasn’t just the mysterious island, the creepy voices, or the science fiction elements. What kept people coming back every week was the characters, their backstories, and how they all intertwined. The show implemented a brilliant use of flashbacks to show audiences who these people were before the crash and how the island was going to affect them as a result.

There are six season of “Lost” to binge, and when you’re done, if you need something more, here are 20 more shows like “Lost” to binge as well. Much like “Lost,” these shows have sci-fi roots, but their characters and the relationships between them give them an emotional edge, and their cliffhangers, twists, and mysteries make them just as addicting. Have fun!

You can go a few different routes with the “V” franchise. The basic premise of the show revolves around aliens known as the Visitors who claim to want to interact with humans peacefully, but who really have sinister ambitions to take over the world. The aliens look human but are actually lizard-like creatures disguised in human bodies.

In 2009, a “V” reboot hit ABC and thankfully updated the look of the reptilian aliens, as well as the special effects. This show started everything over at the beginning, with the aliens making their way to Earth and a ragtag group of resistance fighters attempting to save humanity from the tricky invaders. This version stars “Lost” alum Elizabeth Mitchell and ran for two seasons, ending in 2011. The whole franchise is a bit sporadic in its mythology, and the older installments are often hokey, but it’s a fun sci-fi mystery for those who enjoy the genre.