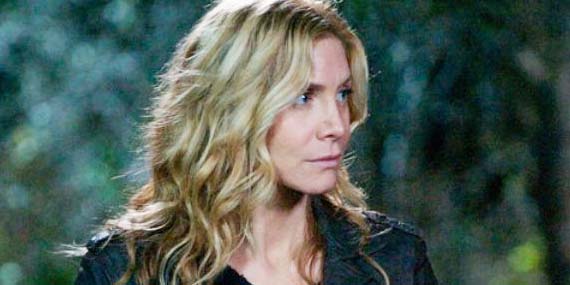 Movieweb has posted this article about some of the Lost cast members. I love that they included Liz and one of her shows.

But I need to say a word about the definitions of Juliet (soft-spoken) and Rachel (hardcore). We all agree that Rachel is lethal, just a little bit “impulsive” when her life or her children’s lives are at stake… I mean screwdrivers and any kind of tools know exactly what I am talking about. For sure Juliet is equivalently powerful in her own way, but she wouldn’t hurt anyone (Picket would disagree, but nobody liked him!). So yes Juliet is a saint clearly and Rachel is totally right in what she does. Ok? Just wanted to point that out.

Lost: 9 Shows to Watch If You Miss the Cast
If you’re feeling particularly nostalgic for the beloved cast of Lost, we’ve got some great options of shows to fill that void in your heart.

Juliet Burke (Elizabeth Mitchell) was a doctor on Lost who was recruited by Ben in an attempt to solve the mysterious fertility issues on the island. However, she abandoned The Others in favor of joining the plane crash survivors, where she was met with resistance by nearly everyone except for Jack. Later, after landing in 1974 due to a complex time jump, she began a relationship with Sawyer, and they spent three years together as part of the DHARMA initiative.

Revolution(based on the DC Comics series of the same name) was another post-apocalyptic sci-fi series from Lost co-creator J.J. Abrams, which ran for two seasons on NBC. The show was set in 2027, 15-years after an event called “The Blackout,” in which all electricity on Earth was disabled. Mitchell played Rachel Matheson, mother to the strong-willed Charlie (Tracy Spiridakos), who is held captive by the President of the post-blackout Monroe Republic and tasked with restoring power.

Mark Pellegrino from Lost also had a short 4-episode arc in Revolution as militia captain Jeremy Baker. If you’re itching to see a more hardcore version of Mitchell than the soft-spoken role she played as Juliet, this is the show you want to watch.

They also mention Once Upon A Time for Emilie, but they added this part:

Other ex-losties that also pop up on Once Upon a Time include Elizabeth Mitchell as Ingrid (the Snow Queen), and Jorge Garcia, who plays Anton (the giant from Jack and the Beanstalk). Naveen Andrews also starred as Jafar in the spinoff Once Upon a Time in Wonderland. This franchise is perfect for viewers who enjoyed the more mythological elements of Lost.