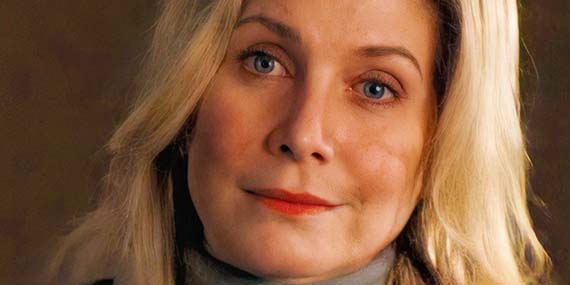 FBI: International has been renewed for 2 seasons, which means more chances to see Liz as Angela Cassidy. I love this character even if we only saw just a few scenes with her. She is so mysterious and all the angst and love and hidden truth between her and her son are something I want to keep watching, so I couldn’t be more excited for this renewal.

Oh Liz has so many projects right now and for the future. I am so excited for all of them. How lucky we are!

I think you don’t want to miss the finale of season 1.

I read this article:

Next week on FBI: International season 1 episode 21, you are going to have what could be an epic and emotional finale.

The first evidence here comes in the form of its title: “Crestfallen.” If that doesn’t project a certain degree of sadness, what will? This is an episode that could redefine much of Forrester’s future when he learns a few new things about his mother. Sure, there’s also going to be a dangerous case at the start of the episode, but we tend to care about the show the most here when the characters are front and center. This helps to make it stand out from every other crime procedural under the sun (and there are plenty of them).

Also, we’re just stoked about Forrester’s mom being a part of the show because of the actress playing her: Lost’s own Elizabeth Mitchell. Given that she is recurring, who knows how many more times we could end up seeing her around here?

Below, you can check out the full FBI: International season 1 finale synopsis with a few more details:

“When a private jet carrying American citizens is shot down outside of a small town in Poland, the Fly Team looks into the man who missed the flight. Also, Forrester is conflicted when he receives information from his mother.”

Given that there are already two more seasons officially on the way here at CBS, we do think it’s fair to wonder if there’s going to be some sort of cliffhanger at the end of everything. While these aren’t sure things in the world of Dick Wolf, we’ve seen enough of them over the years to be prepared for anything.

What do you think is going to be coming on FBI: International season 1 episode 21?

How do you think that the show is going to tie things together, and do you imagine there will be a cliffhanger? Be sure to share right now in the attached comments! Once you do that, keep coming back to make sure you don’t miss any other updates.