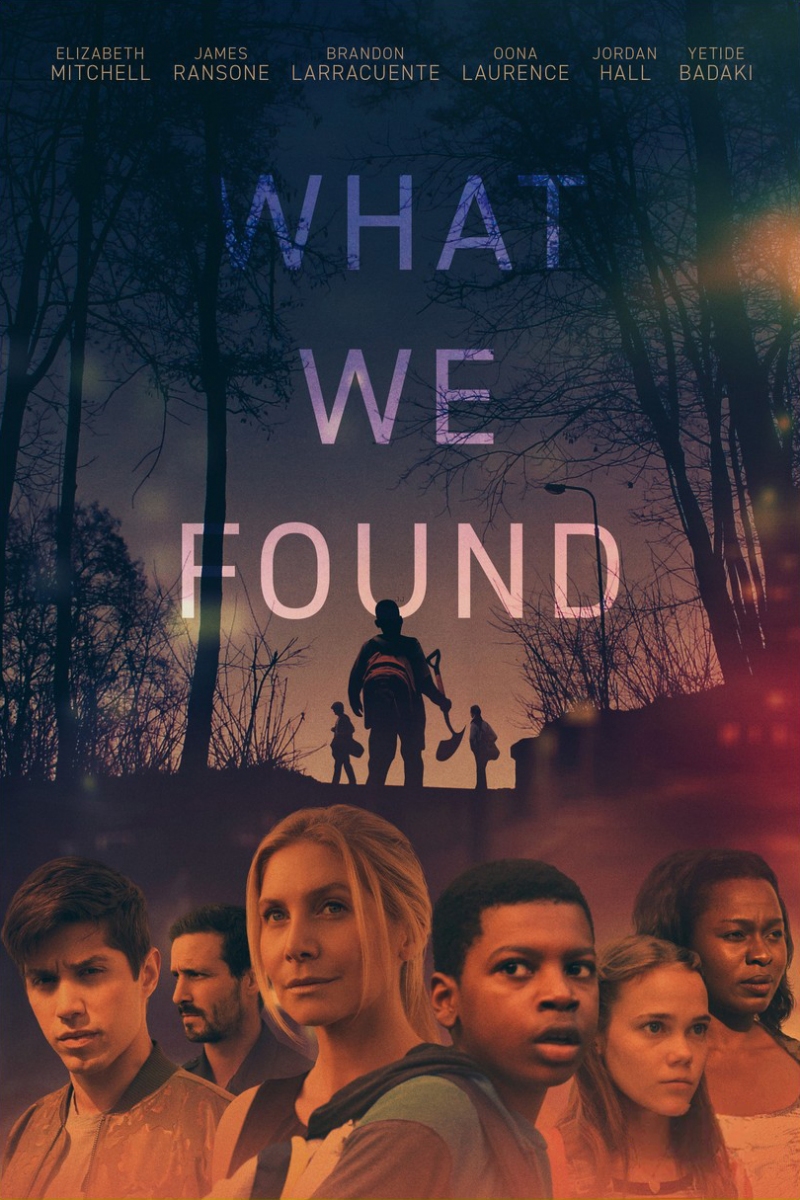 || MOVIE || What We Found (previously it was called The Buried Girl)

Elizabeth plays Captain Hilman, involved in the disappearance investigation of Cassie, a well-liked senior girl of tough public high school in Baltimore County, attended also by her daughter, Emily (who should be a friend of Cassie).

From an interview with the actor who plays Art, Holly’s father (one of the two main characters of the movie), we know that Captain Hilman doesn’t like the man very much, probably because he is not the best father and husband.

WHAT WE FOUND is a tense, emotionally-fulfilling murder mystery about the first time in our lives we take a stand against what we know to be wrong.

Close friends Marcus and Holly begin their freshman year at a tough public high school in Baltimore County, Maryland. They have a lot on their plates already: Holly is dealing with an explosive home life and Marcus, a small, intelligent kid, is bullied by children who smell an easy target.
But when Cassie, a well liked senior at the school, disappears suspiciously, both of their lives change forever. The police, led by Captain Katherine Hilman, have many suspects: Cassie’s basketball-star boyfriend Brian; Clay, the school’s prime drug dealer, and Mohler, a corrupt police officer who may have his own motives for wanting Cassie gone.

As they search for Cassie, Marcus and Holly leap into the adult world, taking a stand, and doing all they can to find their friend. They slide into the underbelly of their city, and as each of the suspects become aware of their search for the truth, they realize there may be costly consequences for seeking justice.

Marcus’s mom Alex, a hard-working single mother close to her son, stands by his side, wrapped up in their increasingly dangerous journey. Together, will they find out what happened to Cassie? And after a dramatic confrontation, will any of them ever be the same?

A timely edge of your seat thriller. Marcus and Holly are best friends from opposite sides of the tracks in suburban Baltimore. When their older friend, the beautiful Cassie, disappears, this quiet suburb explodes revealing racial and class tensions, sexual politics and corruption as the hunt for Cassie continues. Featuring strong performances from Giorgia Whigham (“The Punisher”), Oona Laurence “(The Beguiled”), James Ransone “(IT: Chapter 2”), and Elizabeth Mitchell (“Lost”), this is a bold new film from veteran director Ben Hickernell.

Synopsis: What We Found is a swift-moving, tense, and emotionally-fulfilling murder mystery.
Close friends since early childhood, Marcus and Holly being their freshman year at a tough public high school in Baltimore County, Maryland.
They have a lot of their plates already: Holly is dealing with an explosive home life and Marcus, a small, intelligent kid, is bullied by children who smell an easy target. But when Cassie, a well-liked senior girl, disappears suspiciously, both of their lives change forever…

Elizabeth Mitchell  will be Captain Hilmann in What We Found, a murder mystery set in a tough Baltimore area high school, and revolving around two freshmen, Marcus (Jordan Hall) and Holly (Oona Lawrence), who have known each other from childhood. Holly’s home life leaves something to be desired, and Marcus, being small and intelligent, gets bullied a lot. Then Cassie (Giorgia Whigham), a popular senior, disappears mysteriously, and Marcus and Holly’s lives change forever. Written and directed by Ben Hickernell, and filmed last year in Poughkeepsie, NY (some scenes are being re-shot in Baltimore), THE BURIED GIRL is expected to be released in 2019.