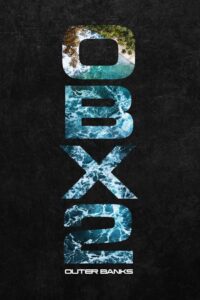 Limbrey, a long-time Charleston native; a compelling woman with a level of toxicity and menace underneath her seemingly courteous ways.

LIZ ABOUT THE CHARACTER

I did a really lovely show, the second season of Outer Banks, and I’m playing a character that I’m excited for people to meet. I can’t say anything about it except that she’s a true piece of work and I got to do some real film school stuff, which I loved [laughs]. You know, where you get to do all these things that are outside your norm? That was really fun.

That character, she’s a real piece of work and maybe isn’t going to do much good for women (laughs).

Outer Banks follows a group of teenagers in the Outer Banks of North Carolina who are called “Pogues”, who live at The Cut, and are determined to find out what happened to the missing father of the group’s ringleader, John B. Along the way, they discover a legendary treasure that is tied to John B’s father.

Chased by the law and a wealthy and superior group called the “Kooks” from Figure Eight, the Pogues seek to overcome obstacles such as drugs, love, fighting, friendship, money, and how the rich keep on winning in their quest to reach John B’s father’s goal that he had been working on for 20 years.