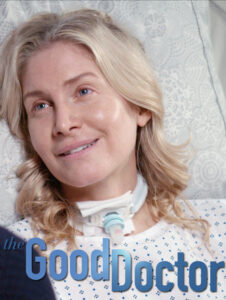 Dannie Miller (Elizabeth Mitchell) has been functionally brain-dead for ten years now and Dr Morgan Reznick is ready to take her out of life support as she shows no signs of improvement. Right then, Dr. Shaun Murphy notices Dannie’s thumb move a bit. Dr. Morgan Reznick attributes the movement to a regular near-mortem occurrence, but Dr. Shaun Murphy on the other hand names several other plausible reasons, saying that it could be Dannie’s brain functioning. Hearing this, Dannie’s husband Elias Miller (Michael B. Silver) asks that his wife be put back on life support.

Dannie and her husband shared a life of complete devotion as a married couple, so much so that the husband cannot allow himself to carry on without her.

Dr Reznick thinks that there won’t be any progress and having Dannie on life support is only putting Elias’s life on pause.

Along with Dr Joran Allen, Shaun and Dr Reznick checked Dianne’s scans which reveal a cancerous tumor on her spine, the cause of that movement.

Elias requests the doctors to do a surgery despite the fact that Dr Reznick does not believe in Dannie’s ability to come back to normal.

During the procedure to remove the tumor, Dannie suddenly awakens. She’s cancer-free now, but the doctors find out that a rush of dopamine from the tumor is responsible for her revival.

Dr Reznick tells Shaun that unless they create the same thing again, Dannie will be brain dead again. Even if they did, she would die because it’s toxic. She has less than 24 hours.

Dr Reznick discusses it with Dannie and requests her to sign the DNR form, because Elias will never be able to embrace the rest of his life until he lets go of her. Dannie signs it and before her brain stops functioning again, the couple talks about their past together, our love for each other, the dream trip to Costa Rica they never did because of her mother and Dannie asks her husband to go there for both of them. He says he cannot let her go and she explains how she thinks she was “brought back” to decide for him.

Dannie dies saying the words Pura Vida which means Pure Life in Spanish.  The machines are turned off, and then the last embrace.